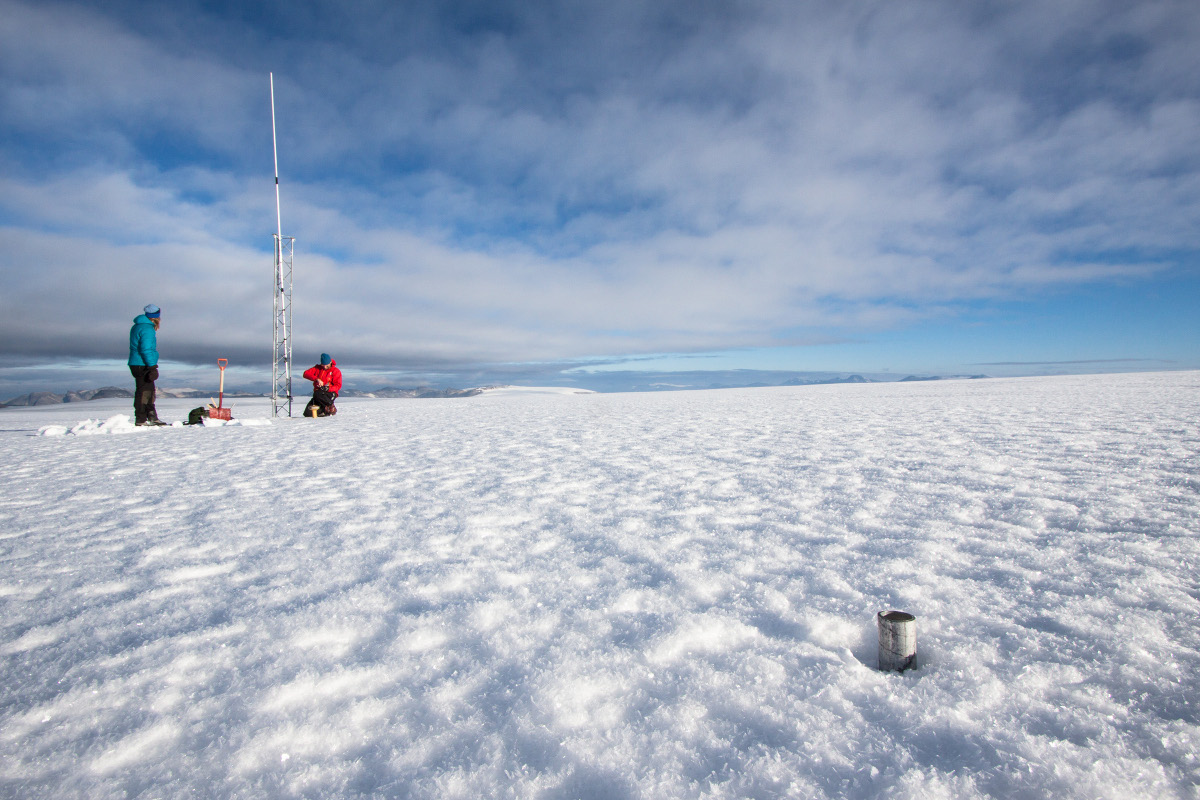 The first mass balance measurements in mainland Norway began at Storbreen in spring 1949.Measurements on Nigardsbreen, Hellstugubreen and Gråsubreen began in 1962 and on Rembesdalskåka and Ålfotbreen in 1963, all of which are still part of today’s monitoring programme. Through legislation, glacier mass balance programmes have been included in the licensing terms for hydropower production in glacierized basins. In total, mass balance has been measured on 43 glaciers,

Measurements of change in glacier front position, and thus glacier length change, have a long tradition in Norway. The first observations were obtained at Jostedalsbreen, Folgefonna, Okstindane, Svartisen, Skjomen and the Jotunheimen area about 1900. The size of the monitoring programme has varied according to levels of funding and dedication. A maximum of 43 glaciers was observed in 1938, and a minimum in 1992 when 7 glaciers were recorded. The observation programme was revitalized in 1995 in response to recent glacier advances. Today, measurements are carried out at around 30 glaciers annually.

Our mass balance and length change data are reported to the international glacier database of World Glacier Monitoring Service (WGMS).

The mass balance and length change results can be viewed and downloaded from NVE's glacier data portal for selected glaciers with long-term series.

Glacier inventories
NVE has created several inventories of Norwegian Glaciers. The latest inventory were published in 2012 and used Landsat imagery for the period 1999-2006. This Inventory is included in the international GLIMS (Global Land Ice Measurements from Space) database.